The Mortgage is Burning! 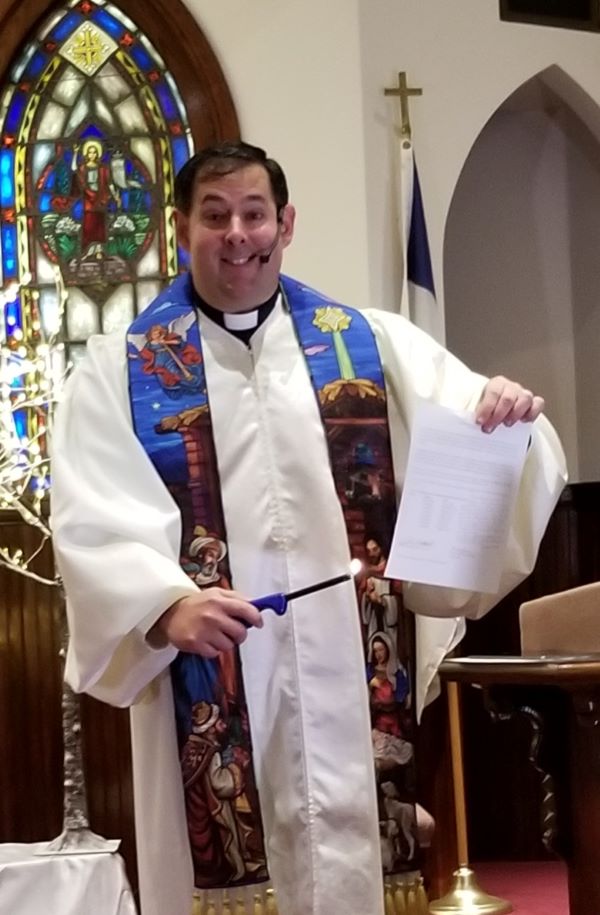 When I was appointed at Tom’s Creek UMC I was told that they had just finished a major renovation and they had a mortgage debt of $1.1 million. This is a church with attendance of about 130 a week so this seemed extremely high to me. I soon learned that almost 40% of the annual budget was being spent on mortgage payments. At my previous church I had worked with a scholarship program that was funded by an endowment held at the Mid-Atlantic United Methodist Foundation. I knew them to be wonderful to work with so when they offered the Financial Leadership Academy, I knew I needed to participate. One of the trainings was with Clif Christopher from Horizons Stewardship and I subsequently persuaded my church to engage his company to help create a plan to tackle the debt.

In the past, the church had tried and failed to get commitments to increase giving for the purpose of paying off the debt. We created a program that, instead of focusing purely on paying off the debt, focused on the ministry we could accomplish once the burden of the debt payments was removed. The focus on what we could do if we paid off the mortgage early inspired many members to contribute to the cause. We added Vanco for online giving, which had previously been resisted by the church, and many members set up automatic giving to both the general budget and the mortgage. We highlighted ministry that was being done with the increased giving along the way. We always highlighted how what people were giving were making a difference. I led by example as I shared with the congregation how the Foundation could be used to donate stock to the church. I had a stock that had gone from $15 to $200 in just a couple of years. I donated a portion of it to the church and it led to others doing so as well. We have had over $45k in stock given to the church through the Foundation program in the last 3 years! In addition, I explained how anyone could create a fund in memory of someone and designate it for a certain purpose, and the Foundation would manage the investment. We went from zero funds to 3 funds with the Foundation. We now have a scholarship fund, a fund to care for the maintenance and capital needs for the church, and one for staff and pastoral pay support. These are not being used at this moment as we have been letting them grow, knowing they might be needed in the future. We do not plan on using any of these funds to finance the budget and are purposeful that they are there for the future when money might be short, or if unexpected issues arise. I keep reminding people about these funds, so money comes into them on a somewhat regular basis.

This last year we were able to pay off the mortgage, afford a huge $10k painting and ceiling cracks project, and a $20k stained-glass restoration project. This all happened with increased giving during a pandemic! We are now focusing on hiring our first ever paid Director of Music Ministries. We have the funds available to do that now that we no longer have mortgage payments.

This site is informational and educational in nature. It is not offering professional tax, legal, or accounting advice.